Keena and Theo's puppies are here 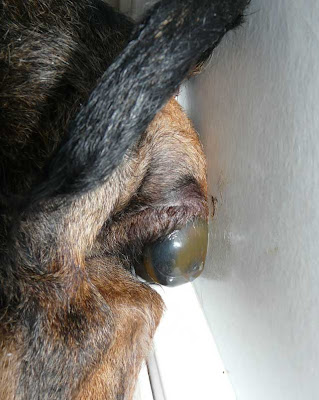 Keena whelped a litter of seven healthy puppies last night - four males and three females. Everybody seems to be doing well. Keena is eating a lot, and pups are nursing well.

Yesterday all day long Keena was going through the first stage of labor - shivering, nesting, throwing up. I noticed first contraction at 6:15 pm. When I palpated her she was dilated but there was no puppy in the birth canal yet. She had occasional contractions for the next 90 minutes but they were no strong and she was not stressed. Things were progressing well but at a slow pace. This is how it was with her first litter two years ago so I decided not to intervene. I gave her some oral calcium though, which would help with the strength of contractions.

The first puppy arrived at 8:10 pm and was presented "feet first", which is not abnormal. You can see one leg in the amniotic sac, which sticks out (picture to the left). Then the belly came out and I thought that the pup was well nourished. The belly was nice and round. Then the rest came out, and it was a girl. This was the largest pup in the litter at 13.4 oz. Usually our pups are in the range of 9-11 oz, but Keena and her dam Gilda do produce large pups. Ten minutes later we had another puppy, a male, weighing 11.2 oz. He got a green collar, and the female got pink one. 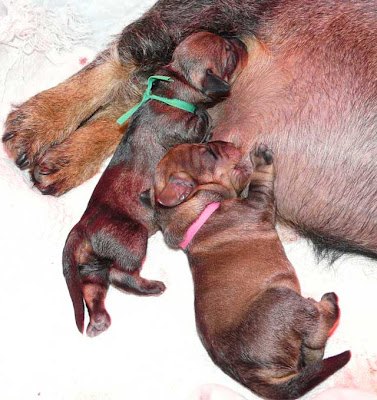 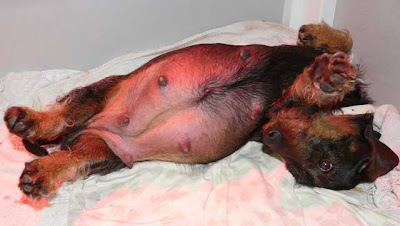 For the next delivery, Keena was on her back, slightly arched. 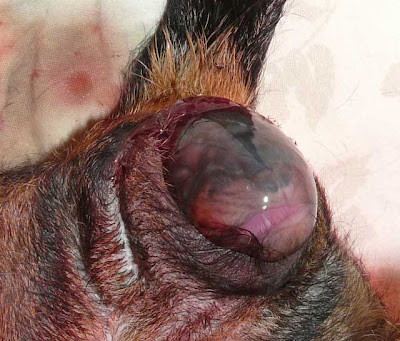 The pup came head first, and you can see his head through the amniotic sac. Actually the pup had his tongue sticking out. So at 8:45 pm Keena whelped a boy weighing 11.4 oz (navy ribbon).
Fifteen minutes later we had another girl weighing 11.2 oz (yellow).
I was amazed at he speed of whelping as within 50 minutes we got four puppies.

After the fourth puppy, we had a break. It gave Keena a chance to take care of her pups, clean them and let them nurse. 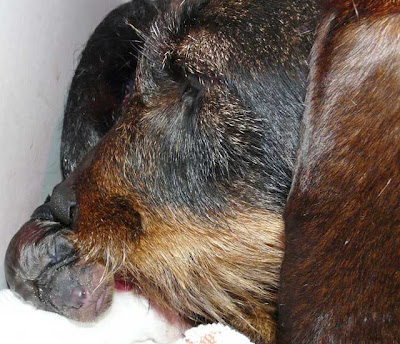 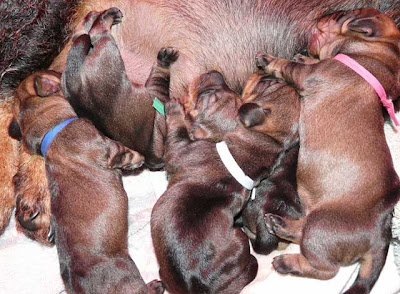 Another male, a very vigorous pup, came out at 11:00 pm. He was 11.6 oz, and has a light blue ribbon around his neck.
After that there was a long break. I could palpate one more puppy, so around 1 am I gave Keena a shot of oxytocin, which brought the last puppy out few minutes later. It was a male at 12.0 oz (red ribbon). It took some work to get him out but he was vigorous and lively. 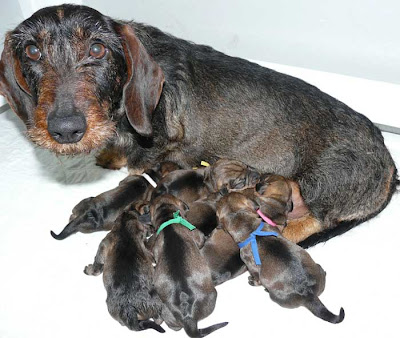 All in all it was a perfect whelping without any complications. We are so lucky!


Posted by Jolanta Jeanneney at 12:37 PM

How absolutely beautiful they all look! And Keena looks tired, real tired... I guess I would too!

I am looking forward to watching this group grow up.

Fabulous photos! Especially the one of the puppy face in the amniotic sac!
Congratulations!!!!